The Crescent Moon lake was an important stopping off point on the Silk Road and the principle reason for the existence of Dunhuang back in the day. Crescent Moon lake … because it’s the shape of a crescent moon … Singing Sands mountains, because the sand makes a long mournful moaning sand when the wind shifts it, said to be the cries of the souls of those who perished trying to cross the desert. Not that you’d hear today as the place is abuzz with camel ride touts, quad bikes, micro-lites and helicopter joy rides.

I wanted to go up mid afternoon, in the 45 degree sun, which the locals told me I was mad to consider. “Go at sunset, that’s when everyone goes there”. That was about all the encouragement I needed to go there and then. It was busy but comparitively quiet compared with what was to come, but with a bit of effort I could still get relatively away from it all. By “bit of effort”, I mean climb a 300 metre high dune during the hottest part of the desert afternoon. Nothing a few litres of water couldn’t put right …

From the top is a view back to the dusty city of Dunhuan and the tourist mecca below. In the opposite direction, endless tracts of massive dunes stretching off beyond the distance. I stayed long enough to watch the shadows lengthen and the colours become deeper, which was about the time the wave hit below and thousands started to pour in. Exit stage left. Time to head into town and try out the lamb’s penis kebabs. 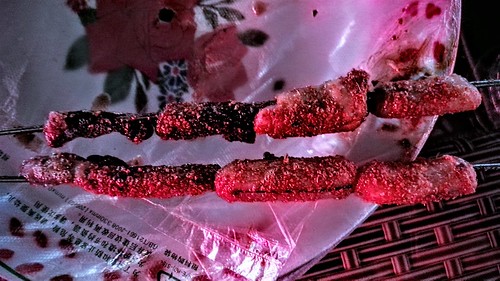 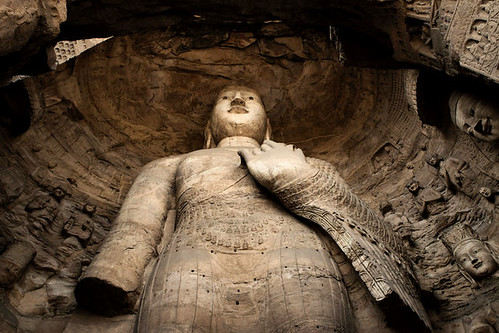 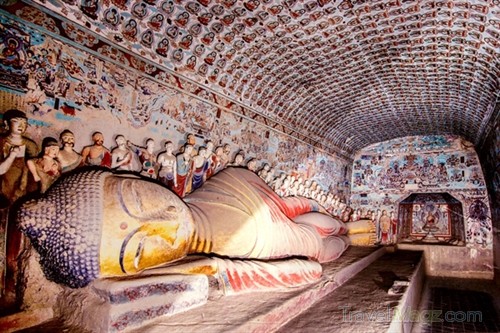 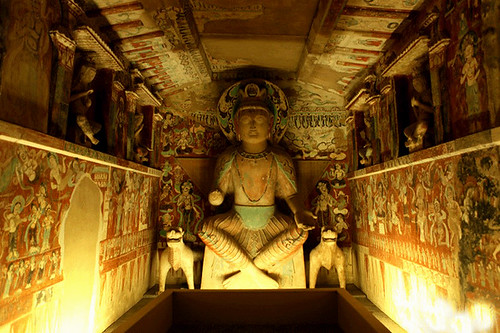 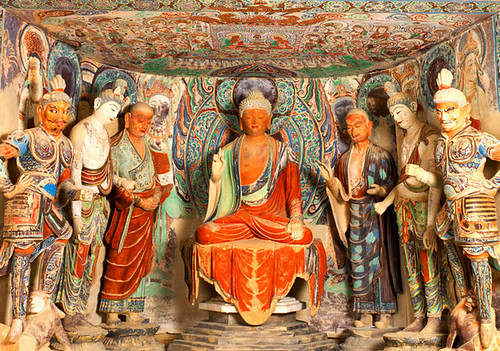 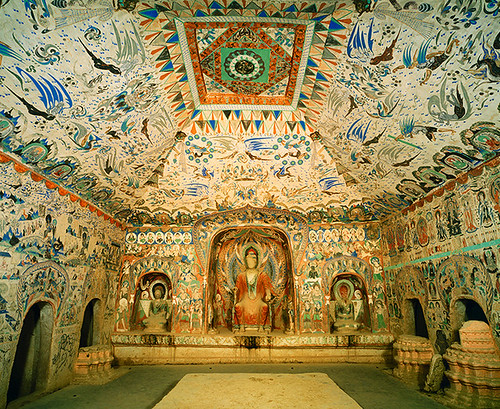 The bus continues out into the far desert along a rough road. We arrive at the Yan Dan desert area not long before sunset and as a series of thunderclouds roll through.

The low glowing sun makes for some amazing shapes and colours under the dark clouds. There’s a selfie-fest going on with the other members of the bus, but it’s easy to wander a short distance and enjoy the scene unfold in some peace and solitude. The vastness of the desert out here is incredible. 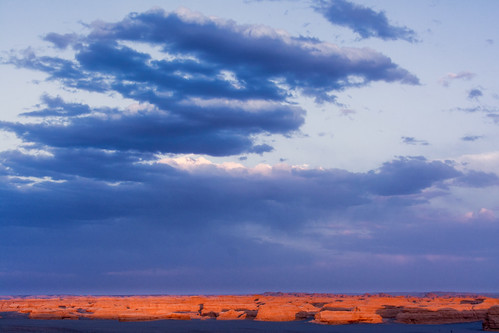 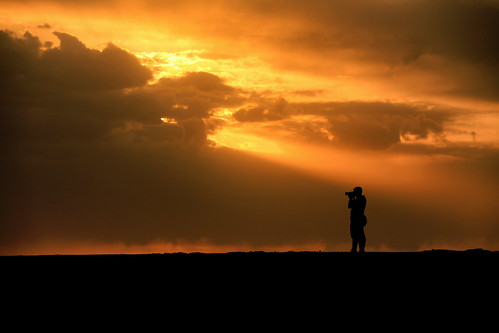 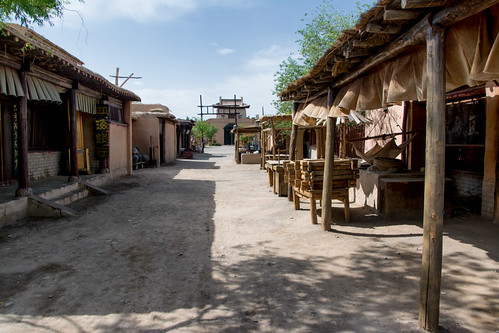 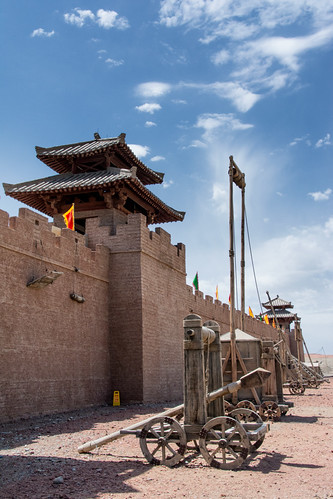 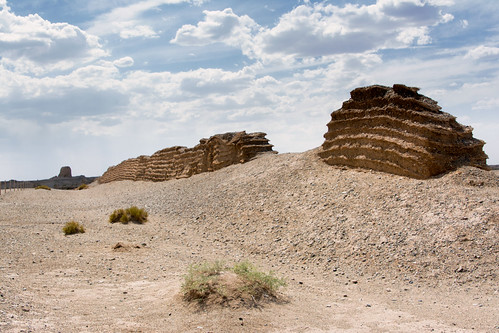 Some of it is still left at least…

Jiayaguan sits out in the desert or Western Gansu and was either greeted with jubilation or tredidation by the Silk Road caravans. This was the furthest reach of the Ming era Great Wall. Coming from the West it meant at last they were out of bandit territory in the untamed barbarian lands stretching thousands of kilometres to Persia and were now in the relative security of Imperial China, along with all the luxuries of life that an established local trade route brings. Leaving Imperial China, there was a fair chance that this was to be the last bit of civilisation you might see.

The huge Jiayaguan Fort was the garrison where Chinese armies would ride out to more remote outposts and to quell incursions by marauding hordes. I’d seen plenty of photos of the fort, seemingly in a far flung forgotten corner, slowly being reclaimed by the shifting sands and had romanticised having to travel through some wild country on precarious transport to reach there and have the run of the place more or less to myself. 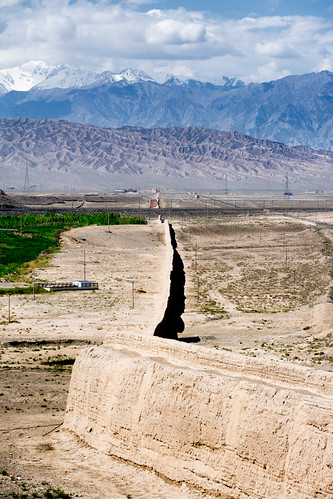 First lesson in not romaticising historic places in China: a bullet train brought me into town at a leisurely 200kmh where I could hop straight into a taxi to whisk me off to the Great Wall and fort where several thousand Chinese tourists had had the same intentions, arriving by the busload with flag waving tour guides and loud-hailers. It’s possible there were more selfie-sticks in operation than there were guards in the Ming Imperial Army. The fort is completely rebuilt, as is the “last stretch of Wall”, the only remnants of the original in view stretched away from the fort towards the mountains, where it’s been bisected by high speed rail links and motorways.

Jiayaguan itself is no dusty village – 300,000 people and a lot of heavy industry. Kind of killed that romanticised ideal as I turned from the top of the Great Wall to gaze out on the lonely desert … 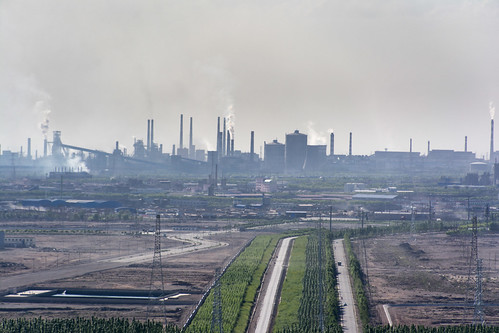 Not far from Zhangye is an area of desert known as the Danxia Rainbow Rocks. No prizes for guessing the origin of that name … take hundreds of metres deep of tightly packed rock layers, paint each a different colour, then bend, shape and sculpt it all into a fantastical landscape. The finshed product is Danxia.

For some added zest, throw in some mighty electrical storms with nowhere to shelter and you make for an afternoon well spent.