Kashgar’s Sunday livestock market draws farmers and buyers of different ethnic groups from all over the region in a great show of noise, dust and smells. It’s a bustling, boisterous affair with animals, vehicles and people pushing past each other with a constant din of haggling, herding and general gossip. It’s very much a male dominated arena, I could probably count the number of women here on my toes.

Cattle, fat-tailed sheep (which have the odd appearance of having huge overhanging buttocks), horses and even a few straggly looking camels are all on sale. Bartering is done by fingers and great theatrics of pride on behalf of the seller and disdain on behalf of the buyer with animated waving of arms and grimacing until both parties agree and money changes hands. 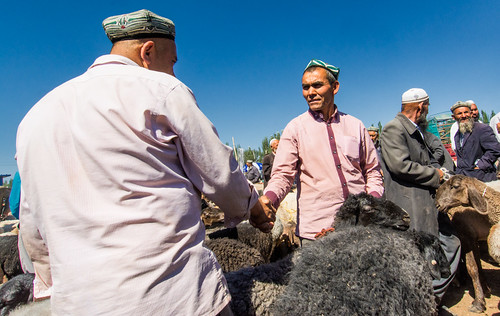 The heat, sun and dust are blinding but it’s a great place to dive into and submerse yourself in the chaos of it all. 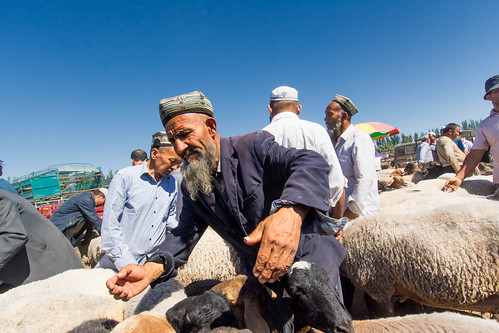 It’s not for the faint hearted if you’re sensitive to animal welfare – for the large part, the animals are either a form of currency too big for the wallet, or future slabs of meat, depending on which side of the buying line you’re on, and are treated with as much respect. Sheep are kept on long chains of looped roped through which their heads are put through, the bulls end up trying to fight one another or mate anything that moves and the camels seem to be in a constant state of panic. 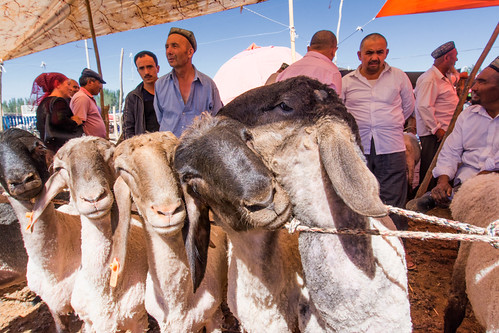 Wandering around here without breakfast gets a hunger on, luckily I find the guys making lamb mince bread at the back. I guess the meat’s fresh at least … 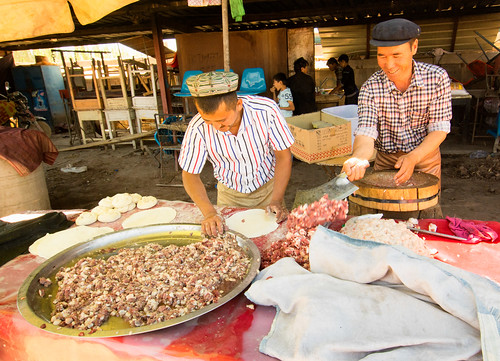 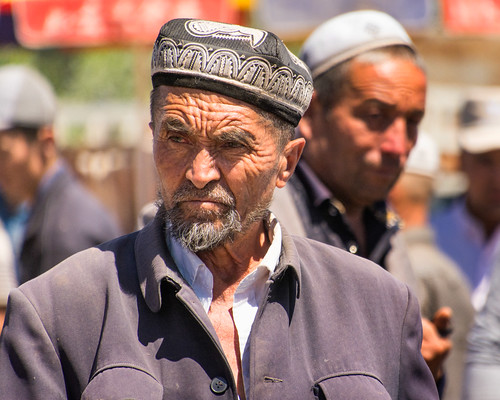